Volume 2: The gateway to a new world… blockchain

If we want to answer the question of what a blockchain is in one sentence, I think the following definition best describes the essence of the technology: “A blockchain is a distributed, transparent, unchangeable transaction record”.

Distributed, transparent and unchangeable. In today’s post, let’s look at how a block is built from a piece of transactional information (record) and then how the blocks come together to form a chain. Understanding this will make it much easier to see the benefits that come from the above definition, which is that such a data record stored in a blockchain is distributed, transparent and unchangeable.

What is a record? A record can be any information. Blockchain technology has stepped into the limelight under the wings of Bitcoin, so it is usually illustrated by a transfer transaction, i.e., person A transfers amount X to Person B. This is a record. But the same record can be e.g. one vote in an election.

The so-called block consisting of 3 main parts. On the one hand, a block contains the records themselves, from which a block has a different but limited amount of information per chain. The block also contains two more things: value from the hash of the previous block and the value formed by the content of that actual block. It is very important that the content that gives the hash value of the given block contains the hash value of the previous block, as this allows the two to link together as a chain.

A hash is an algorithm that generates output data from a certain data content in a specified format (e.g., a string of 256 elements of numbers and letters). What is this good for? The easiest example is the following:

Lev Tolstoy’s masterpiece War and Peace consists of 587,287 words. If we use an algorithm to generate a hash from this huge text and do the same with a few cached SMS messages, we will find that a hash generated from both texts results in the same length of code and of course the codes are different. Another feature is that the original data content cannot be generated from the hash code, e.g. Tolstoy’s work cannot be restored from the hash characters. The third very important feature of the hash is that if we change anything in the data content from which it was formed, e.g. deleting a single comma from the novel will definitely change the value of the hash as well. 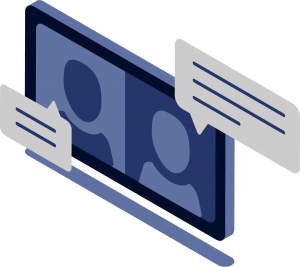 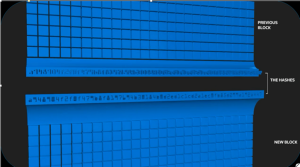 The hash values in the blocks guarantee that if anyone tries to change a piece of information in that block – remember, a comma change in War and Peace is enough to completely change the hash – then the hash will not match the hash pointing to that next block value. This will invalidate all additional blocks.

In summary, we have an information storage in which nobody can change any information without us noticing it. Now that we know what makes the information stored in the blockchain immutable, we’ll move on to the next section and look at what the consensus mechanisms are and how they ensure that every element of the blockchain network has the same exact information. It will be exciting, see you soon!

You can find out more about which cookies we are using or switch them off in settings.

What is a cookie?
A cookie is a small file of letters and numbers which we store in your browser or the hard drive of your computer (with your agreement). Cookies contain information which is transferred to your computer’s hard drive.

These cookies are required for the basic functionality of the web site, such as secure login and tracking how long you have been in the processes.

If you disable this cookie, we will not be able to save your preferences. This means that every time you visit this website you will need to enable or disable cookies again.

These cookies allow the website to remember choices you make and provide enhanced functionality and personal features.

Please enable Strictly Necessary Cookies first so that we can save your preferences!

These cookies help to improve the performance of our website. For example, they collect information about which pages visitors go to most often and help us to provide a better user experience.

Please enable Strictly Necessary Cookies first so that we can save your preferences!